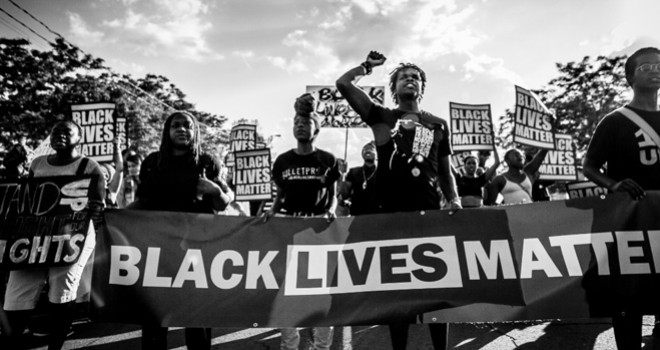 Over the past week we have witnessed a wave of police brutality in response to anti-racist protests across the United States; following the murder of George Floyd a black man, who was killedwhile Officer Derek Chauvin’s knelt on his neck for more than eight minutes.

Although shocking and horrifying, police brutality and shootings of Black, Indigenous, and racialized people in the United States is not a problem of a “few bad apples” but rather a systemic problem of racism across law enforcement institutions. Derek Chauvin, the same officer who killed George Floyd, also killed an Ojibwe man, Wayne Reyes, in 2006.

In response to the death of George Floyd,  Michelle Bachelet,  UN High Commissioner for Human Rights  wrote “This is the latest in a long line of killings of unarmed African Americans by US police officers and members of the public”.

Canada is not  immune to Anti-Black, Anti-Indigenous and Anti- Racialized racism and violence in policing. A CBC investigation into fatal encounters with police found that members of the Black community, which makes up only 3.4% of Canada’s population, represented 9% of the fatalities. Indigenous people make up only 4.8% of the population yet represented 15% of total fatalities. Black people across Canada have been, and continue to be, racially profiled through carding and other forms of racially biased surveillance.

There is  much work  to be done in Canada to further challenge the systemic racism ingrained in our institutions. We must not be silent in the face of police brutality, white supremacy, and all forms of racist violence in the workplace and in our society. It is no coincidence that COVID-19 is disproportionately killing communities of color, the same communities targeted by the over-policing and militarization of their communities.

Common Frontiers calls for the dismantling of institutionalized racism and oppression that endangers and devalues the lives and rights of Black, racialized, and Indigenous Peoples around the world.

We condemn the militarization of US cities and use of state and military personnel against peaceful protests by the Trump administration.

We call on Prime Minister Justin Trudeau to unequivocally condemn President Trump’s militarization of US cities,  and his inflammatory remarks against protestors that only serve to aggravate tensions and further divide the country

Let us not be silent.