Solidarity with Colombians opposed to massive energy privatization On Corporate Globalization, Free Trade and the TPP

The sale by the Colombian government of its majority stake in power generator Isagen to a subsidiary of Toronto-based Brookfield Asset Management raises serious concerns. Medellin- based Isagen is one of Colombia’s biggest power companies with six hydroelectric plants and generates about 16% of the electricity used in Colombia. The sale puts the electrical sovereignty of the country at risk and into the hands of multinational corporations, according to the countries labour groups who are preparing a national strike to protest the sale. Colombians protest the sale of the electric power generation company Isagen in front of the stock exchange in Bogotá. The government sold 57.6% of Isagen for $2 billion to a subsidiary of Canadian investment fund Brookfield Asset Management. (PHOTO: ZUMA PRESS)

This massive privatization of essential public services further entrenches the neoliberal policies that have wreaked havoc on the country. Policies that will lead to increases in the price of water, long term loss of revenue by the state, cuts in public services and further unemployment.

Former Bogotá mayor and past presidential candidate, Gustavo Petro referred to the privatization of ISAGEN as equivalent to privatizing water. An unwise move at a critical time when the country is suffering water shortages in over 238 municipalities and experiencing the impacts of climate change and El Niño. The sale would considerably weaken Colombia’s capacity to develop future energy infrastructure and its control over the energy market and gas self-sufficiency.

With the high level of corruption in Colombia, opponents fear President Santos will use the money to plug a fiscal hole in a country that has seen oil investment stall and the peso fall about 35% in a year.

The move also goes against the spirit of what is being discussed at the negotiation table in Havana and civil society’s call for peace with social justice and the need for state assets to benefit the majority of Colombians, not just multinational corporations.

In Canada we understand the consequences of privatization. The Province of Ontario plans to sell part of its wholly owned electricity transmission and distribution company, Hydro One. Ontario’s independent budget watchdog confirmed the plan is a terrible financial deal for the government and for the people of Ontario. Like Colombians, a large majority of Ontarians oppose the privatization of Hydro One. Hundreds of municipalities across the province and over 40 Chambers of Commerce have passed resolutions opposing the provincial governments plan.

We stand in solidarity with Colombian labour, the Comptroller General, the sixty four Senators, and many in civil society who oppose the deal. Protest grows as thousands have taken to the streets across the country or picketed the Colombian stock exchange in Bogotá.

Download statement as a PDF: in English français en español 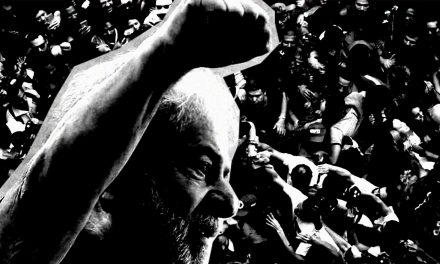