Despite a proposal from the United States Trade Representative (USTR) suggesting that countries be able to opt-out of Chapter 11’s corporate tribunals in NAFTA, media reports indicate the Canadian government says this is not negotiable. The USTR proposal would effectively end the controversial Investor State Dispute Settlement (ISDS) system.

“We expected this appalling position from Trump, not from the Canadian side. Trudeau should listen to Canadians and put an end to this offensive and undemocratic process,” says Maude Barlow, Honorary Chairperson of the Council of Canadians.

The Trudeau government is arguing for the version of corporate tribunals found in the Canada-EU Comprehensive Economic and Trade Agreement (CETA).

“Modeling NAFTA 2.0 on CETA’s ISDS system wouldn’t change much: All the egregious suits that Canada has faced would continue,” says Barlow. “It would still be a system built on the primacy of investors’ rights over our democracies.”

Canada has faced 38 NAFTA Chapter 11 suits, two thirds-of them over environmental protections making Canada the most sued country in the developed world. At the moment, Canada is facing $2.6 billion in cases. Over 10,000 Canadians have written to the government demanding Chapter 11 be jettisoned.

“You cannot protect climate and labour rights, and still give corporations this powerful right to undermine public legislation,” says Sujata Dey, Trade Campaigner with the Council of Canadians. “Trudeau’s negotiating position makes it clearer than ever that his government’s claims that it wants a ‘progressive’ NAFTA with ‘environment’ and ‘labour’ standards is nothing more than pretty words.”

For more information on the Council’s NAFTA campaign, visit Canadians.org/nafta. 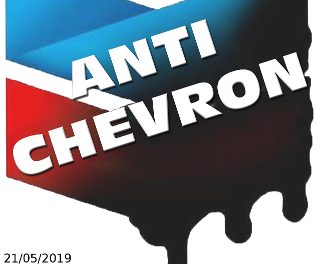 21st May, the Global #AntiChevron Day of Action is coming