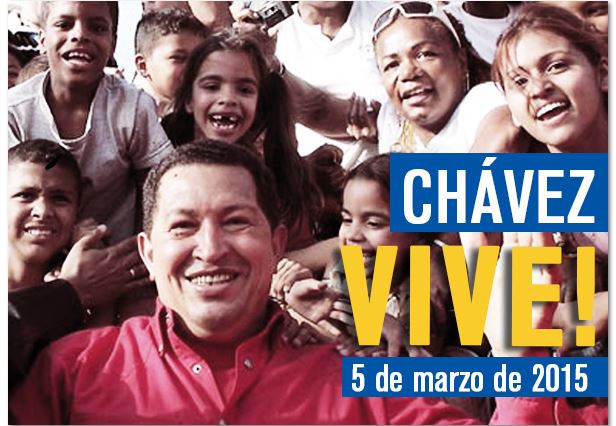 We are popular movements, social and cultural centres, community media, solidarity circles, Union groupings, cooperation networks; accompanied by intellectuals, artists and by people in general who are supportive of the popular cause and identified with revolutionary processes, we are fighting for independence, sovereignty and social justice.

Faced with the attacks on Venezuela by capitalism’s power nexus, we are called on and we call on others to organize a simultaneous week of solidarity with Venezuela. Through exchanging and articulating cultural activities, this initiative aims to bring together expressions of world solidarity with the Bolivarian Revolution.

These activities, which will take place between 1 and 8 March, plan to create spaces where various peoples can showcase their own cultural expressions: cine-fora, places for debate, rallies, artistic activities, etc.

Organising the ideological and cultural battle

The attempt to overthrow the Bolivarian Revolution is an extremely important goal for the international right. It includes systematic propaganda by the privately owned international media linked to other aspects of the capitalist offensive. The ideological arena, the battle of ideas, is a key area for the Revolution, both nationally and internationally.

Expressions of solidarity from millions of people, and in some case, from their governments, is the main international support for the Venezuela, attacked on all sides by imperialism, especially by the most conservative sectors in the US and their accomplices.

This is why we must coordinate this force so that it can have a greater impact. Every advance made in unity and brotherhood among peoples is an achievement that works in favour of the profound social changes that we need all over the planet. Defending the Bolivarian Revolution means contributing to those advances, therefore, we call on all to coordinate our efforts, adding our voice in all five continents.

Common Frontiers is one of hundreds of organizations around the world (and possibly the only Canadian organization, so far) to sign on to this week of solidarity. To see the complete list, click on the link below:
-List of signatories (PDF)