Days before the two-year anniversary of the coup d’état, Brazil and the world watched the arrest of Luís Inácio Lula da Silva in astonishment. He is the most important popular leader in the country during the last thirty years and one of the Presidents with the highest levels of international recognition for fighting poverty and reducing inequality.

The conviction and imprisonment of an innocent man, through a process with numerous errors and legal absurdities, withoutevidences and based only on statements from convicted informers in exchange for the benefit of their sentence reductions, represents the continuity of the 2016 coup. It also reveals the abandonment and subversion of the Brazilian democratic institutions by the right wing powers.

Since April 17, 2016, the coup makers are following a clear roadmap. They started by impeaching President Dilma Rousseff and now they advance overwhelmingly into a neoliberal offensive with new privatizations, handing over natural resources to foreign capital, dismantling the national industry and massive withdrawal of investment and social rights, among other evils.

At the same time, institutions at the service of the ruling classes, like sectors of the judiciary and the media, together seek to control the political life of the country and to politically and materially erode the people’s movements and the leftist forces. They built a legal theater through an intense defamation campaign to arrest an innocent man accusing him of passive corruption and to convict him without evidence. That’s why Lula is a political prisoner.

As a follow up of their strategic project the coup makers seek to legitimize themselves by winning in the 2018 elections. However, they know that it will only be feasible if they impede the left wings’ victory. The unfair and hasty conviction of Lula has the clear intention of withdrawing him from the electoral dispute, given that numerous polls show him in first place. Therefore, the coup forces will use any possible means to prevent a people’s victory at the elections.

Finally, we invite all social and political organizations, grassroot movements and citizens who fight against all forms of injustice and arbitrariness to gather in a broad international campaign for Lula’s Freedom. for Lula’s Freedom around the world and for rallies to be held between April 17 and 25 in front of the Brazilian Embassies and Consulates, to express our rejection of Lula in prison and to stand in solidarity with the former President and the Brazilian people.

In the face of the grave offensive of the Brazilian right wing all the mobilizations between April, 17 and 25 will be of extreme importance, also because we might get new juridical decisions during this period regarding Lula’s right to defend himself in liberty and our support will be important. We inform that the popular peasant movement represented by the Via Campesina International is already planning actions on April, 17th, the “International Day of Peasant Struggle” in memory of the “Eldorado do Carajás Massacre” and the International Confederation of Trade Unions (ITUC) is calling its national affiliates for international demonstrations #FreeLula too on the 23th.

We ask you to join them and to inform us about the cities, places and times of the rallies through the email [email protected] and also send us pictures, videos and other records of these activities. 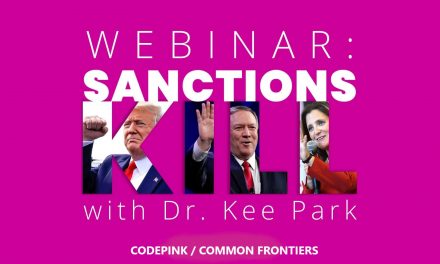